Santa Clara Valley also had a great showing in the 2013 San Francisco Chronicle Wine Competition. There is no shortage of good wine regions here in Silicon Valley. We've only been in the area once, which is sad given how close we are, so I'll reserve any ratings.


Tasting Room: B+, Wine: A, Say hello to Gerald

I'm already planning a number of tastings. Get out there and taste some wine!
Posted by Rod Magnuson at 10:15 PM

This past summer, we headed up the road from Hunter Hill to our second stop: Soquel Vineyards. The hostess at Hunter Hill said we couldn't miss it, and if we did the road dead ended so we couldn't go too far past them. She was right, it was very easy to find. 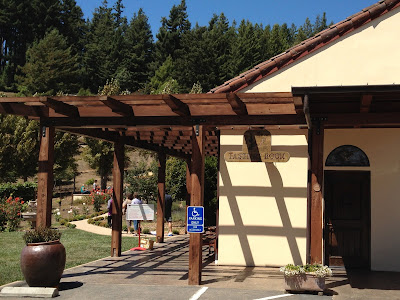 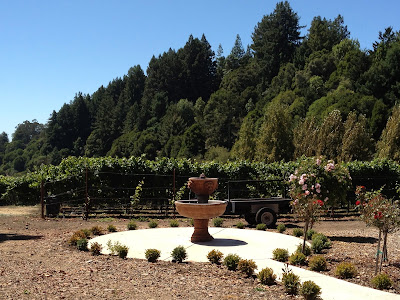 The outside area was cosy and beautifully surrounded by flowers and vines. 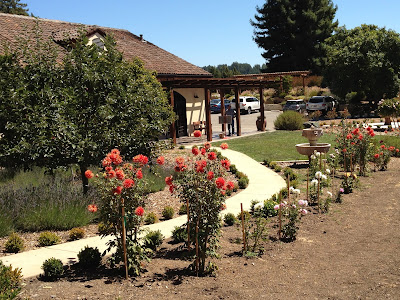 All the wines were excellent, though a little pricey.

One of the the owner's, the Bargetta family, daughters had gotten married the night before and a couple groups of wedding guests were there, talking about this and that.

We ran into another couple that turned out to live very close to us. They lived very similarly to us too, winewise. While they liked the Pinots at Soquel, they believed where they really shined was in Sangiovese. We tried one that day, and it was very good. Their favorite Pinots were from Heart O' the Mountain. They especially loved the Pommard Clone and Triple Seven, joking how she would say how bad it was to try to get everyone else to not buy it all up. We've never been there. It's a tough one to get to. I've only seen it open on Passport days and one Groupon. They asked for our emails and said they would invite us the next event they went to. How awesome is that!

We also talked to an older woman out enjoying wineries by herself. Her boyfriend wasn't into wine, but he was busy, leaving her free to explore. She was looking for a good white wine. Unfortunately, we couldn't help there, though we did point her to some good Roses. 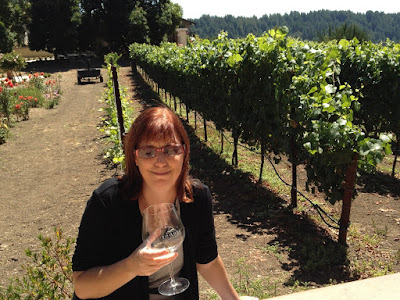 One the way out we picked up a Olivia Chard, Lester Pinot, 16 Clone Pinot, and the 2008 Nebbiolo. I joked that we were in the wedding party and should get the family discount, as everyone else was, but they didn't buy it. They also didn't reimburse the $10 tasting fee, a disturbing trend that day.

On the trip home we stopped at Summit Store to pick up some lunch. As we waited for our sandwiches to be made we browsed the wines, noticing a $20 Partner's Reserve from Soquel. I couldn't tell the difference between it and the $60 16 Clone I had loved at the tasting. I figured for $20 it was worth the risk that it wasn't the same.

While unloading everything at home I bobbled the wine and smashed one on the driveway. I was hoping it was the $20 bottle we had just picked up, but wouldn't you know it, it was the $60 16 Clone. As it turns out they are different.
Posted by Rod Magnuson at 5:24 PM

This past summer, we headed over the hill on a beautiful Saturday to hit a couple of wineries that we'd never been to. The traffic was unusually light, making for a pleasant ride. Both wineries were on Glenn Haven Road in Soquel. We past Bargetto on the way, winding this way and that. It's a bit out of the way in AT&T No Service land.

We arrived at Hunter Hill shortly after opening, around 11:15. There were already cars in the lot, a group at the tasting bar, and another enjoying the outdoor area. I was a little surprised we weren't the first, but I took it as a good sign.

The tasting room was spacious and had character. One wall had a big buffalo head, taken by the winemaker Vann Slater. The Slater family winery came complete with pictures of the grandparents. The tasting bar was a tad small, with room for 3 smaller groups of tasters, but wasn't a problem given the size of the room and the access to the spacious outdoor area. 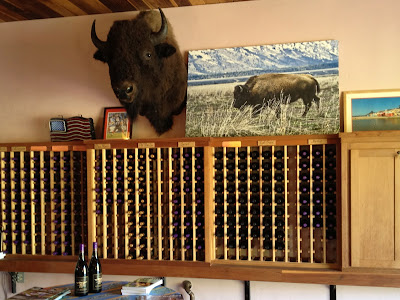 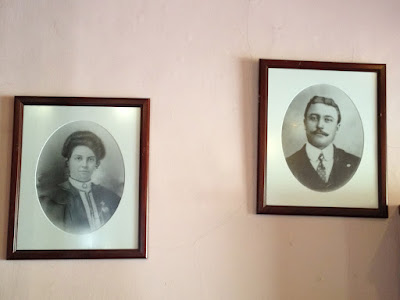 Lana served us and answered all our questions with a smile. The vineyard was once an apple orchard, but converted to grapes in 92. They now grow Pinot, Syrah, Merlot, and Zinfandel, sourcing Barbera, Sangiovese, among other varietals from other California regions. They are known for their Pinot, which I thought was pretty good. They also had a special Pinot: Warrior Pinot; all the proceeds from this $50 bottle go to a worthy cause: Widows and children of deceased Navy Seals; Van used to be a Seal. What a great way to give back! The wine was very nice.

Talk at the tasting bar was abundant and interesting due to the friendly wine tasters we found there. I would never have guessed there were mosh pits at Hank Williams III concerts, though apparently he has a metal band in addition to his country gig. While I had heard of people eating buffalo, I'd never heard of beefalo, a bison, cattle mix. One of the other patrons was ready to kill his pygmy goat which he claimed got rambunctious and buck the backs of the legs. Christine Slater, one of the owners, offered to take it off his hands, sighting how useful they were in a vineyard. I found all of this very interesting.
The outdoor area was gorgeous, very spacious, and surrounded by the vineyard. There were plenty of places to set and enjoy the wine and surroundings, including a cute koi pond and a waterfall. In and around were lucious flowers, including a number of sunflowers. It was very peaceful, a great place to enjoy as we tasted the wine. 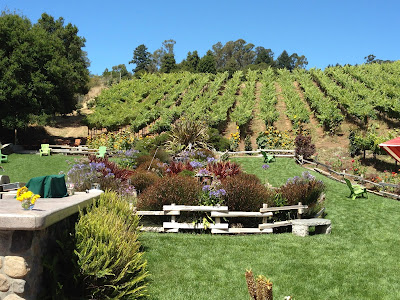 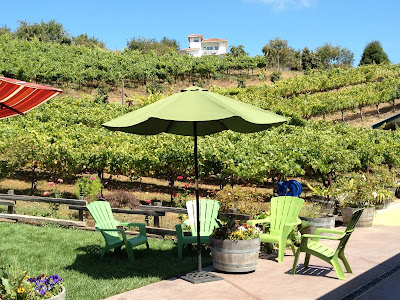 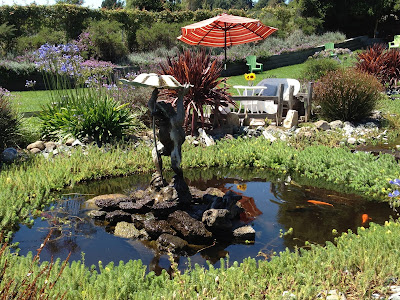 We picked up a couple of bottles to sample later and headed up the road to Soquel. Unfortunately, the $5 tasting fee was not refundable, a practice I've never understood.