As I've said, we've watched al lot of WINEKING. Peter Koff's love of Sangiovese inspired me to plan a Sangiovese tasting. I figured if I could use his company, Great Wine 2 U, even better. A lot of the choices were unavailable, but I found my way to a selection if 4.

I was concerned about the age of two of them. I contacted the company with this concern. Peter responded, saying he had tried one of them recently and it was "lovely." He said he hadn't tried the other recently, but would. He responded later that he was trying the other and it was "delicious!"

Despite the assurances, I was still concerned. A couple of days before the tasting, the latest WINEKING tasted some Sangiovese. I decided to add one last minute, if I could get it to everyone involved. 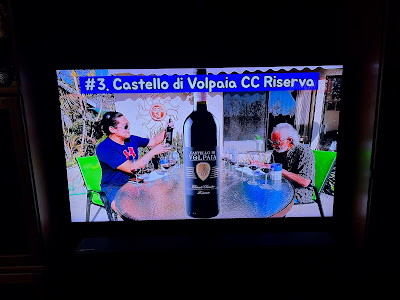 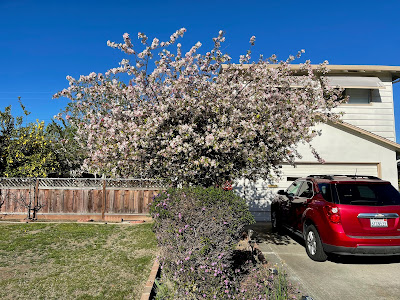 It was yet another celebration via remote tasting, but there's light at the end of the tunnel, and I look forward to in person, vaccinated gatherings.

In an effort to reduce the cost of the tasting, 4 of us split bottles the day of the tasting. I was worried about some of the corks being problems, since they were over ten years old. I used an AH-so wine opener and didn't have any problems.

We used these great half bottles I found on Amazon, inspired by Jose's suggestions.

When Jose picked up his bottles, he dropped off a box of Alfajores Lili had made for me for my birthday. What a wonderfully delicious surprise! 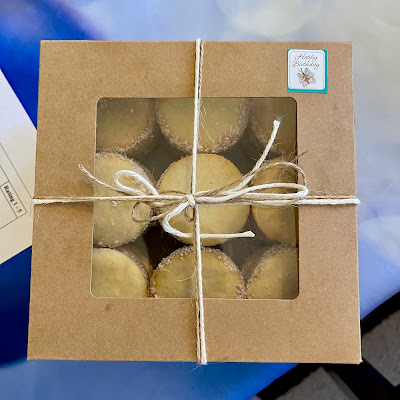 We all joined up at 6 to taste and enjoy each other's company. 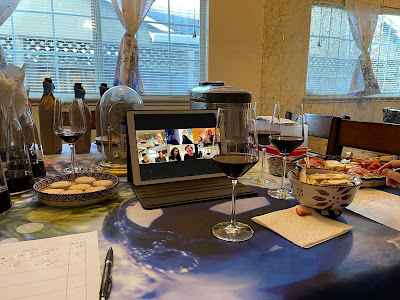 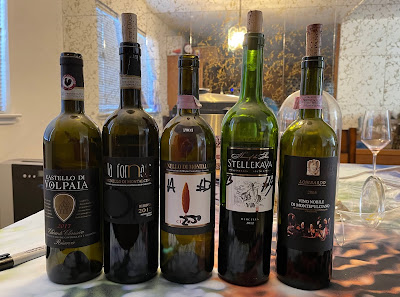