A Tasting for Kellie and Katie

I would love to have my sister Kellie and her partner Katie over for all of our wine tastings, provided they bring the ever adorable Elliot with them. Unfortunately, they live in Chicago. For Christmas I decided I would send a tasting to them.

It's against the law to send wine through the mail, so I had to buy it from somewhere that could ship it. I chose K&L, my favorite local shop.

I was somewhat constrained when I chose the wine. I wanted them all to be from different regions of California and new to me. An additional complication was they all had to be found in the main warehouse of K&L so they would go out in one package; paying for shipping is bad enough once.

I considered doing a skype tasting, but Katie said it usually takes them a week to get through a bottle, so they would need help getting through 4. A skype tasting with just us would have been pretty geeky, but with others it would probably have been a tad strange, so we decided to taste separately and share the results.

We invited Ted and Shannon, and Bob and Carolyn over. I prepoured the wines. 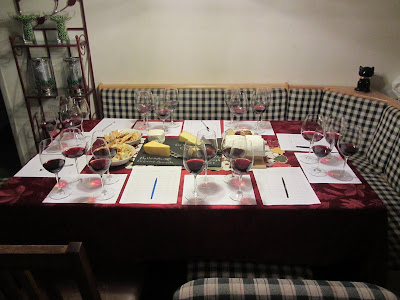 It was my first chance to use the new slate cheese plate and cheese knives I received for Christmas. The plate allows the names of the cheeses to be written on it. It rocks. Thanks Sue! The cheese knives are just too cool and much too exorbitant.Thanks mom!, you shouldn't have. 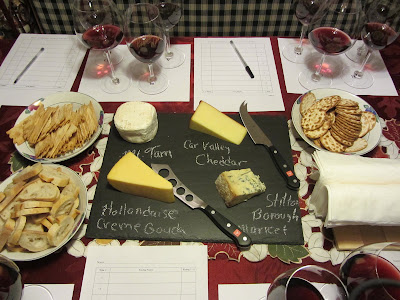 We tasted the Pinots, sharing our thoughts as we enjoyed each other's company. 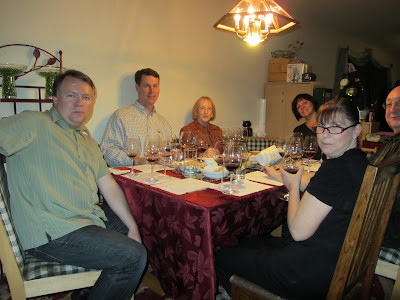 After tasting, we enjoyed a great meal of seafood enchiladas and chicken nachos. 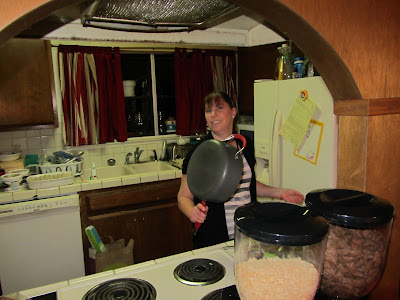 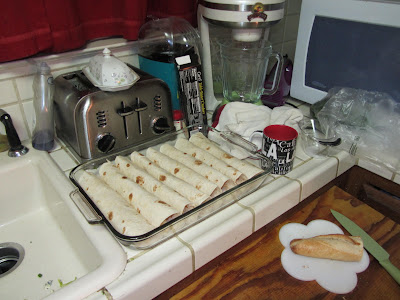 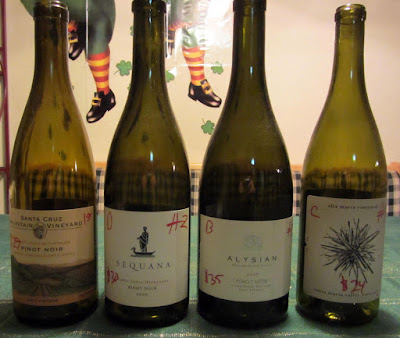 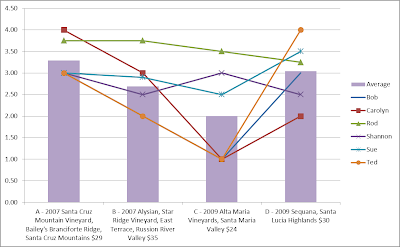 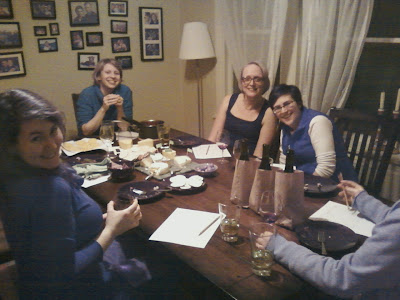 Kellie and Katie had a great time. Apparently they stayed up until 2AM for the first time since Elliot was born.
Posted by Rod Magnuson at 5:44 PM