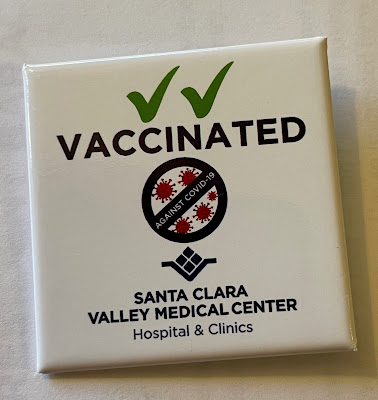 I was fully vaccinated and we were going to celebrate with a once in a lifetime tasting, again.

I decided on the following Cabernet Blends

Most of them were younger than I would have liked, but I would try to give them time to open up, planning to decant them for 6 hours. I was still worried, but what could I do?
The day of the tasting, it warmed up. I was worried about the wine during the decanting and turned on the AC.
We started with a variety of Chardonnay. The heat was giving me problems and I struggled to serve the blends at the preferred temperature (61 - 64). Ling and Lili gathered their fill of loquats.
We had a great time tasting with everyone. 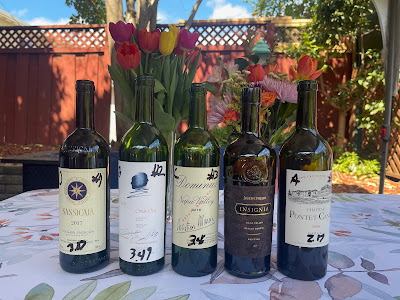 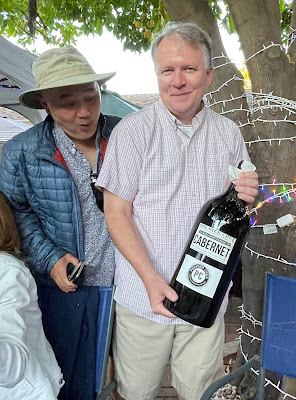 It's fun to wield large bottles!
We thought it was going to be horrible because we had tried the cuvee twice before and had given the wine to the tree out back after one sip. We opened it because I didn't want to move wine that we would never enjoy to our new place in Santa Rosa. From the big bottle it actually tasted pretty good.
Who knows how many more of these occasions we'll have in the future, given our move. It's not like we're never going to see anyone ever again, but it does seem unlikely we'll have as many of these kinds of gatherings in the future. We're blessed to have such incredible friends.
Posted by Rod Magnuson at 4:00 PM