Sue texted me the good news. 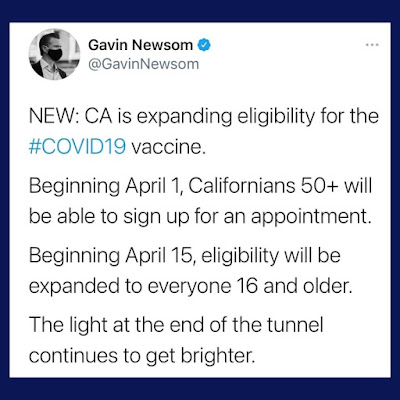 April 1st I would qualify for a vaccination. I got excited and started planning our first post vaccination gathering. I would spare no expense to celebrate. I would start with a Champagne tasting, followed by blend tasting. WINEKING inspired some of the wines, while best of lists and K&L recommendations filled in the rest.
People convinced me to split the event into two tastings. They thought it was too much wine for one tasting. They were probably right.
For the champagne tasting, I started with the following
The Fosters had generously gifted us a couple bottles of Cristal and I wanted to share the experience with our friends.
After receiving the Bollinger La Grande Annee I realized that this was the same champagne we had on new years eve of 2020. When I had purchased it, I thought I was buying Wine Enthusiast's #1 wine, when in fact, it was their #10 wine.
Champagne Review: Armand de Brignac "Ace of Spades" Gold Brut educated me that Cristal is not the champagne of choice for rappers anymore. Initially I was able to resist my urge to find one to add to the tasting, but as I hemmed and hawed about if and how to have the tasting. I figured we needed at least 4 champagnes and ordered it. You can alternatively read about it via a Decanter article Carlos found: Rapper Jay-Z boycotts ‘racist’ Cristal.
An Instagram ad for the 2012 Veuve Clicquot Le Grande Dame convinced me to pick up this beautiful box and bottle to make a total of 5 champagnes. 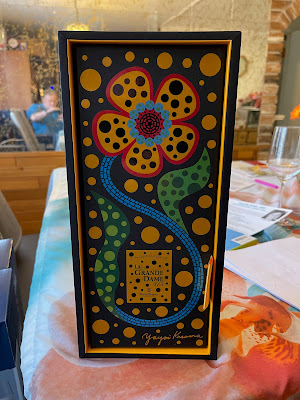 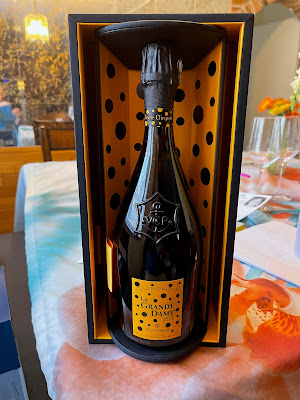 I was worried we wouldn't have enough champagne after the tasting, so we picked up a 3L bottle of Tsarine. Yeah, we're nuts. 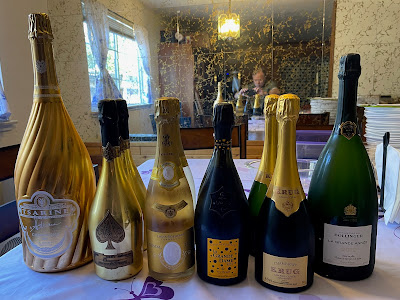 We had an incredible haul of champagne lined up for the tasting. 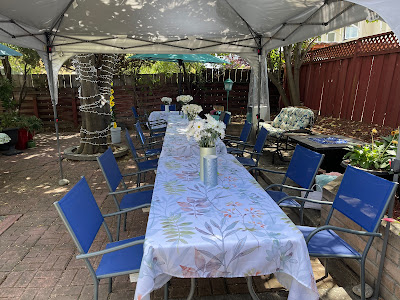 Sue did a great job setting up everything outdoors.
We started with some 2018 Tondre, Tondre Grapefield Chardonnay. It was very nice. Adam, Alex's long time boyfriend, who doesn't typically like wine, helped himself to another pour. I took it as a good sign. 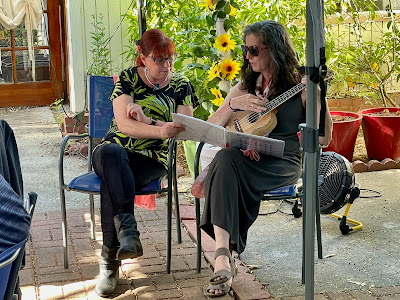 Jennifer entertained us with her rendition of tiny bubbles on her ukulele. Sue helped out with the singing. Some joined in on the chorus. We should have printed out the lyrics. Sue had said this, but I never followed through.
We had a great time tasting with everyone. It had far been too long since we had seen everyone in person. It was a great feeling hugging friends again. 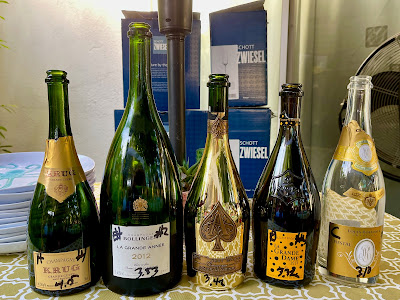