We received word that the Old Port Lobster Shack truck was going to be at Picchetti on Sunday via their wine club member mailing. My wife loved the thought of Lobster rolls, wine, and some hiking with the family.

After doing some research, we thought it would take a couple of hours to hike the path. The truck was due at 12, so if we started hiking around 10 we would be done just in time to hopefully get a table and food. Live music, provided by Better Daze, was supposed to start at 1. I figured we would probably be out of there before then.

The roosters were crowing when we arrived. A peacock was in great view as well; first on the roof, then later in full plume near the chickens. My wife and kids noticed that the peacock would ruffle its feathers together, back against the front, making sort of a rattlesnake sound when it was bothered by the roosters. This kept the cameras very busy. 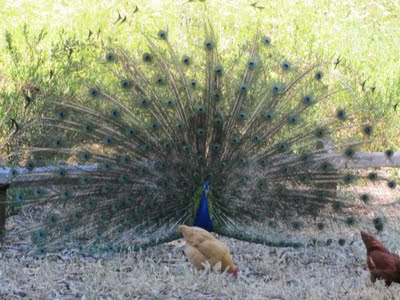 We should have prepared better for the hike. We took what looked like the 3 mile loop and it turned out to be maybe a mile. We were back within 30 minutes, which lead to us to wine tasting and our children to boredom. Next time I'll do a little more research to determine where exactly this 3 mile loop is. 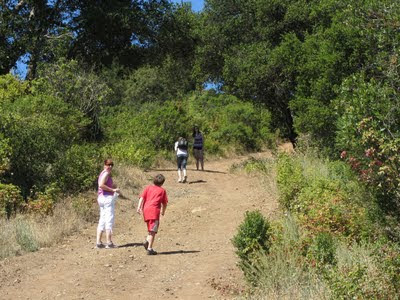 My wife and I tried their whites and a rose:


The Pavone and Rose both tasted very nice. The Chardonnay had some taste that didn't work for me, though my wife liked it as well. My wife chose the Rose, which tasted very refreshing on the warm day.

Better Daze started early and we enjoyed some of their 60s & 70s music. 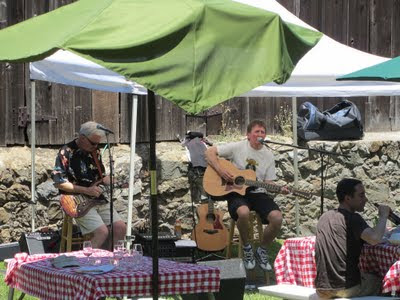 When the Lobster Shack truck pulled up, we quickly moved to get in line. My son must have been very hungry, because he dragged us near the front of the line. 20 minutes later the truck opened. By then a good line had formed. It took us 20 minutes to get our food, and we were third in line. I'm guessing the people at the end waited easily an hour. 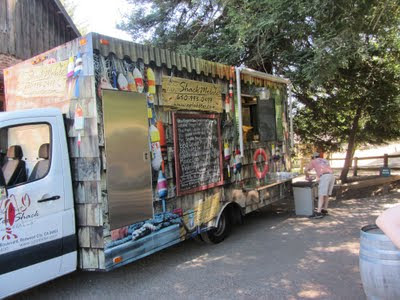 The lobster rolls were not cheap, but were excellent! My family also enjoyed a cup of clam chowder, lobster mac & cheese, a BBQ pulled pork sandwich, and a tri tip sandwich, all of which got great reviews. 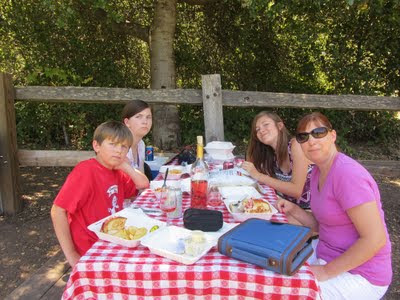 When everyone was full, we packed up, and headed home for an afternoon cat nap.