Bordeaux in a Box

As I waited for my order to be found in the back of KnL, I spied something interesting: A purple box of wine titled Le Bordeaux. I asked the guy behind the counter if it was any good, and he said it was better than most American wine; thinking about this now, I probably should have been insulted, but who knows what he meant. Bordeaux in a Box sounded funny to me, and at $29.99 for 3 liters (4 bottles) of 100% Merlot, I figured I'd give it a try.

When I brought it home I noticed the sticker on the box, stating Robert Parker's Wine Advocate had given it a 88. 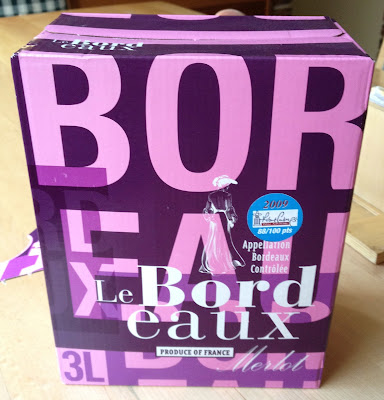 It's was a little rough, though drinkable, but unfortunately, nothing special. 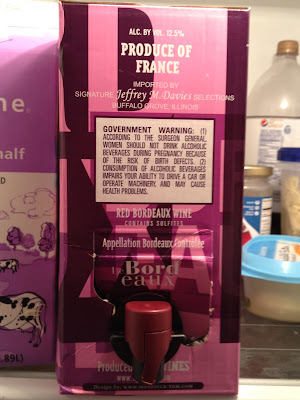 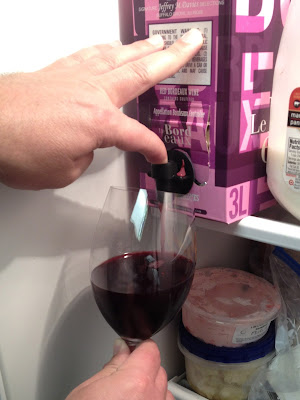 I was such a noob when it came to boxed wine that I assumed it had to be put in the refrigerator. My wife questioned this, since it's red, and we had to wait for it to warm up. A quick google showed only if the box says chill does it need to be refrigerated. For maximum survival, refrigeration may be the best plan.

This has inspired me to blind taste a couple of the supposedly better boxes of wine. Expect a post soon.
Posted by Rod Magnuson at 4:53 PM