We found our third stop, MJA Vineyards, nestled in a grove of trees just off of Summit. 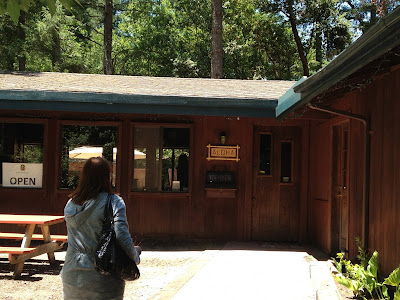 As we opened the door, we were greeted with a big Aloha. I inquired about the Hawaiian theme and the staff told us about how the owner grows coffee in Hawaii and that they have a big roasting every Tuesday. Had I been thinking, I would have bought some of their Kona Coffee for Kyonghee to evaluate.

The tasting room was warmly decorated inside with comfy couches and chairs around the sides. There were shaded picnic tables and a fire-pit outside. Tasters can either snug up to the bar, where 2 or 3 groups can fit comfortably, choose a comfy spot indoors, or sit down outside. We chose to taste at the bar, along side another group that was clearing enjoying themselves. 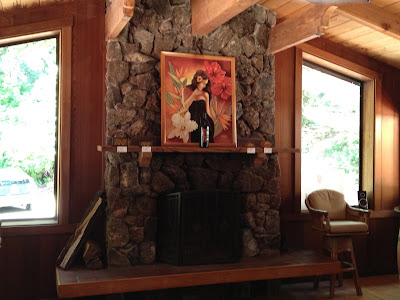 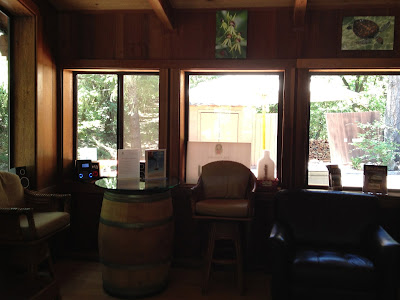 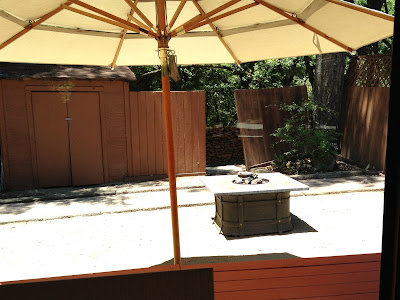 Claudy greeted us and offered us two tastings: The first consisted of 3 whites and 2 reds for $5, and the second consisted of 7 reds for $8. Tasting fees were refunded with the purchase of a bottle. We all chose to go with the red tasting, which consisted of a Pinot, a Merlot, and 5 Cabs. The Pinot and Merlot were made from Santa Cruz Mountains grapes, while the Cabs were from Napa grapes. The Cabs were all different vintages usually blends of a couple of regions, and were referred to as easy, complexity, chewy, nosy, and moody. Easy was a blend of Malbec and Cab, but all the others were Bordeaux style blends. Moody was Michel and my favorite.

I asked Claudy how she found herself in America and she told us the story. When she was a little girl in France she pointed at a passing airplane and told her parents that one day she would ride an airplane to California, where she would live. She rode that plane to California 20 years ago and has been enjoying it ever since.

As we tasted a couple and their self-described "driver/bodyguard" came in. The male taster said they were playing a game at the wineries. This sounded plausible, as the Summit wineries were doing a scavenger hunt a couple of weeks ago when we did some tasting with Mark, though we had not seen any evidence of a game that day. Claudy went into the back, brought out an envelope, handed it to him, and told him he was lucky, it was their last one. The couple then went outside to do their tasting. After the couple had set down outside, Claudy leaned over and whispered that he was going to propose. I asked how she knew, and she explained that he had been in the day before, leaving the envelope containing the ring. How romantic! Once the two groups inside heard this, the woman would occasionally look out and guess what was going on. We'll never know if she said yes because we finished the tasting, and picnic'd outside with a bottle of moody before leaving. How ever it went down, we wish them happiness. 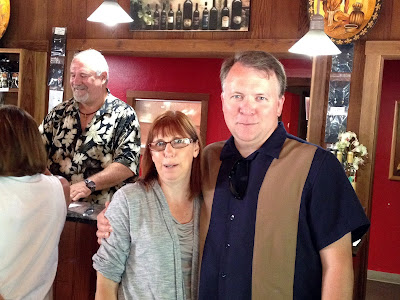 We headed home with lots of great wine and fond memories of the day.

MJA is open Thursday to Sunday, 12 to 6. In addition to being located off of Summit road in the Santa Cruz Mountains, you can also find an MJA tasting room at Surf City Vintners in Santa Cruz.